What is a battery?
A container consisting of one or more cells, in which chemical energy is converted into electricity and used as a source of power.  This chemical reaction creates a flow of electrons in a circuit. All batteries are made up of three basic components: an anode (the negative side), a cathode (the positive side), and some kind of electrolyte (a substance that chemically reacts with the anode and cathode). A battery stores energy to be used at a later stage thus providing access to instant energy on demand. The anode, cathode & separator thickness determines the number of cycles and lifetime expectancy of the battery.

What does a battery do?
A battery is a device that is able to store electrical energy in the form of chemical energy and convert that energy into electricity. The electrons and ions flow because of the chemical reactions happening inside the battery, usually two of them going on simultaneously. The exact reactions depend on the materials from which the electrodes and electrolyte are made.

There are different types of batteries for different applications!

Batteries come in all different shapes, sizes, voltages, and capacities i.e. amount energy stored. Batteries can be made with all sorts of different chemical electrolytes and electrodes. There are really two type’s namely primary batteries that are ordinary, disposable ones that can't normally be recharged. Whereas secondary batteries can be recharged. The three main kinds of primary batteries are zinc carbon, alkaline and lithium. They are often referred to as dry cells because there is no liquid in them. The most common rechargeable batteries are lead-acid used in cars that are not suitable for solar applications. Lithium-ion batteries are the fastest-growing type of rechargeable batteries and are in your cell phone, laptop, etc. and now solar battery applications. The downside to this technology it is in its infancy stage thus making it relatively expensive.

What type of battery do I need?

If a battery discharges faster or slower, the battery will deliver more or less energy respectively. The discharge standard is adopted worldwide and given the abbreviation “C”.  In solar we generally have 12 hour days, thus we should use the C12 or C10 rating.

Most battery datasheets will give you a table of Amp hours vs discharge time (C-rate).

Make sure the battery capacity being used is rated at C10 or C12 for solar applications.

Remember to factor in Depth of Discharge for your battery. Batteries age due to discharging and recharging. The number of cycles depends on the depth of discharge, as shown in the graph below. 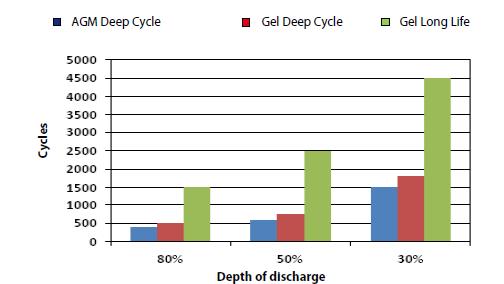 Battery cycle life has a linear degradation. That means that if a battery has completed 50% of its cycles it will only be able to store 50% of its capacity. This is important for people that want to be off-grid to ensure one has a bigger enough battery bank. This is one of the most important reasons why a battery bank should be sized for three days autonomy.

The essential function of a battery monitor is to calculate ampere-hours consumed and the state of charge of a battery. Ampere-hours consumed is calculated by integrating the current flowing in or out of the battery. In the case of a constant current, this integration is equivalent to current multiplied by time. A discharge current of 10A during 2 hours, for example, amounts to 20Ah consumed. All our battery monitors are based on a powerful microprocessor, programmed with the algorithms needed for precision monitoring. Standard information like; battery voltage (V); battery charge/discharge current (A); amp hours consumed (Ah); the state of charge (%); all the information is accessible via the on-line portal and warning email is programmable. 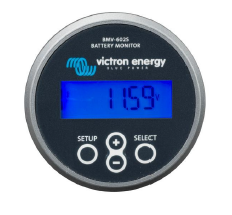 Can I afford to buy a cheap deep cycle battery or solar battery?

The answer is obviously NO! Never buy on price alone. Energy storage is the key to the long-term sustainable performance of your solar power system. Low-quality batteries are also one of the key reasons for solar power system failure, so be aware of what you are buying!

The real cost is not the selling price of a solar battery.

How do I assess the REAL cost of a solar battery?

Here is how you do it: The REAL cost of a deep cycle battery is determined by its cost of purchase (selling price) and its subsequent service life. Battery service life is determined by two factors, namely the number of cycles and temperature degradation due to time passing or standby life. The selling price is divided by the number of cycles (taking into consideration depth of charge). Therefore the cost per Kilowatt the battery produces is what your real cost actually is.

How do you know what is the correct battery to buy?

The end use application will determine the size and type of battery required. The size of the battery bank can be calculated by the total Amp hours required by the battery bank.
From these calculations with the Real Cost of a battery will make the decision-making process quite simple.

At Solartech West Coast we will size your battery bank and advise you on the best options. We only sell battery brands that we are confident that will serve your solar system effectively and efficiently. 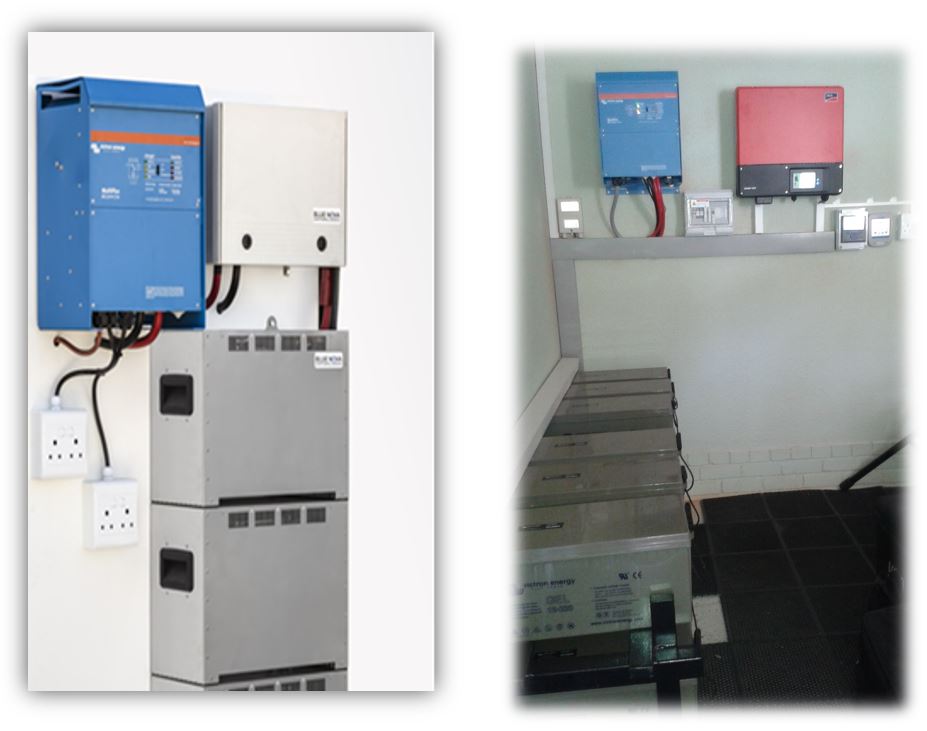 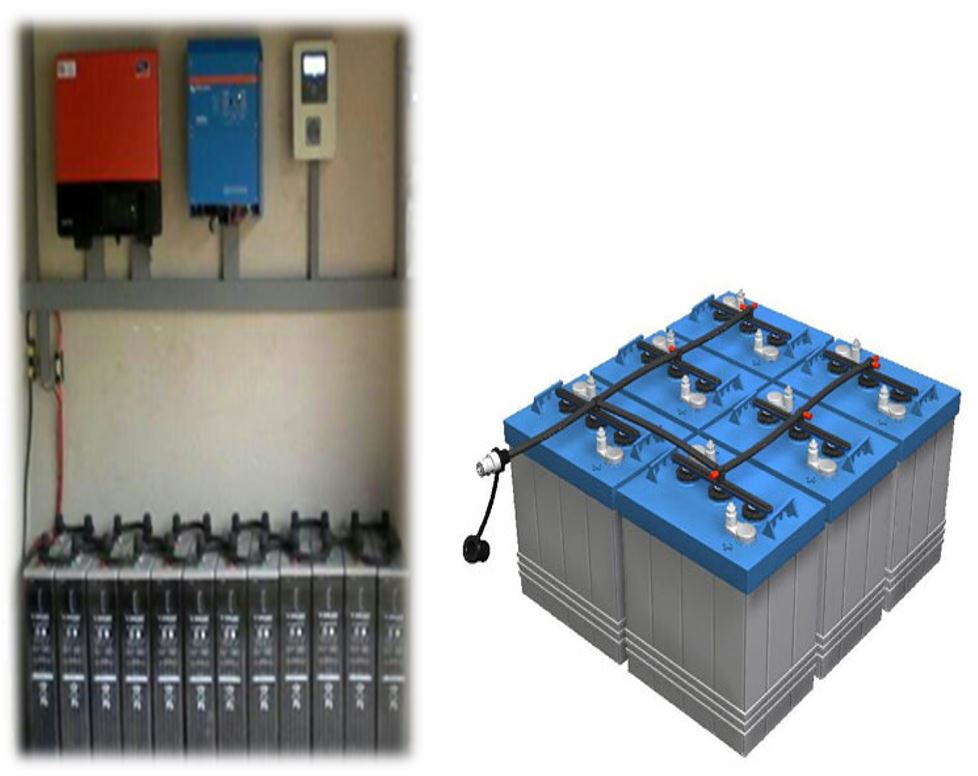